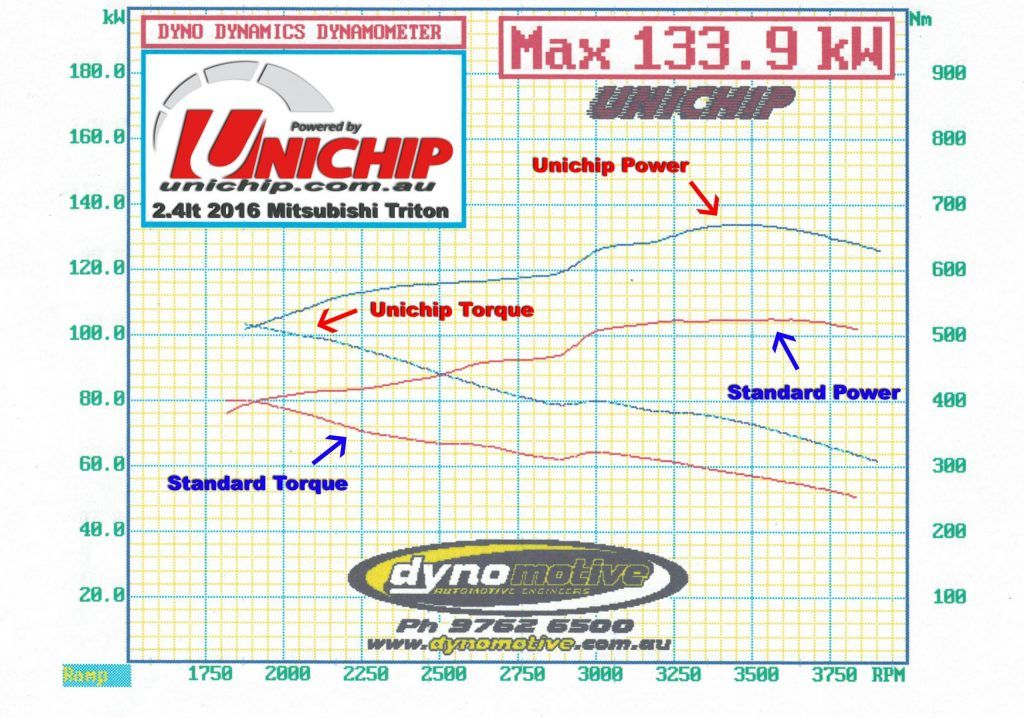 Bottom end torque increase of just under 100nm at all 4 wheels. 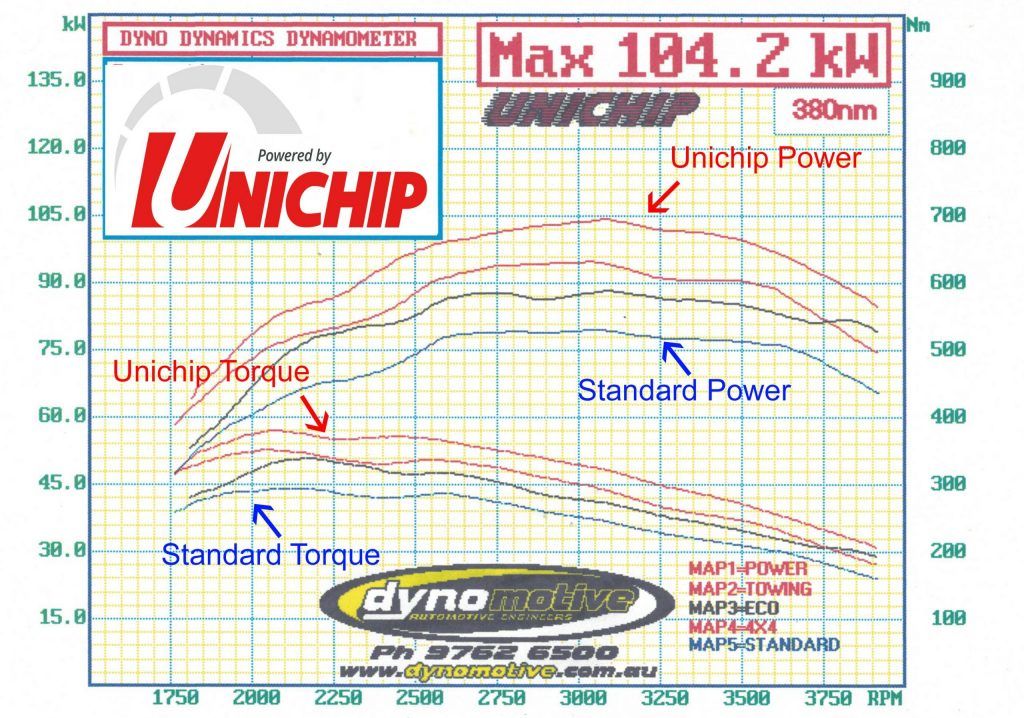 How does the Unichip work on your Mitsubishi Triton ?

• Injector Driver: This feature allows the Unichip to have full 3D control of the Diesel Injectors via the Unichip X4B driver for greater performance and flexibility.

• EGT protection: This is the “add on” safety feature of the  Unichip Uni-x ECU we have the ability to monitor engine exhaust temp via the Unichip EGT sensor. This allows the Authorized Unichip agent to manipulate the tune on a sliding scale as the Exhaust temperature rises. Meaning: As the exhaust temperature rises the Unichip Uni-x ECU will intercept a signal, removing the fuel, boost and timing, slowly and in a controlled fashion to ensure it maintains maximum power and torque output, without compromising the engine.