Description: BRAND NEW ONLY AVAILABLE FROM UNICHIP AUTHORIZED AGENTS Speak to your local Unichip agent regarding both the Automatic and the Manual Uni-x ECU 3.2lt Ford rangers and also the New Unichip Uni-x ECU set up for the 2.2lt Ford Rangers.

The Unichip version Uni-x ECU fitted to this Ford Ranger 2010-2014 Automatic. Increased the power by 21% at the wheels, see the dyno power results below:

The “Low down” torque displayed on the graph below: 1 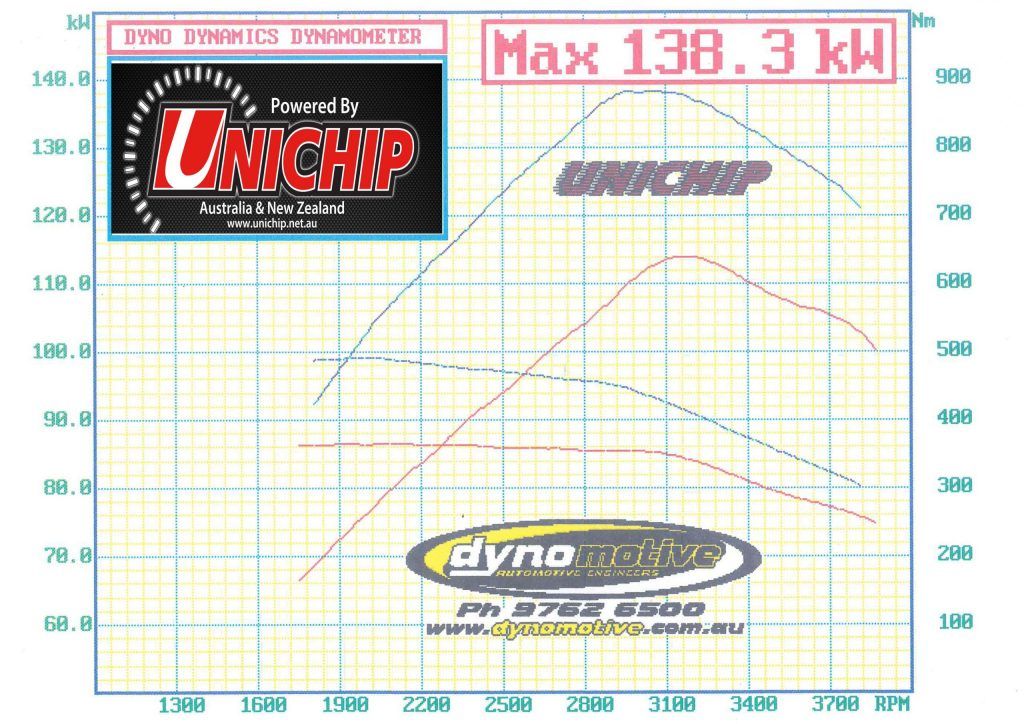