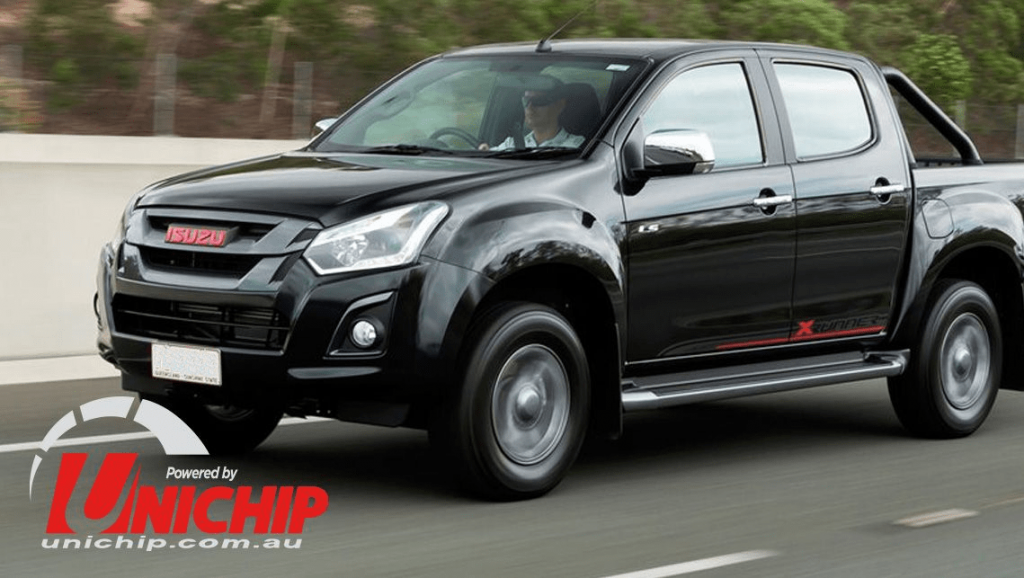 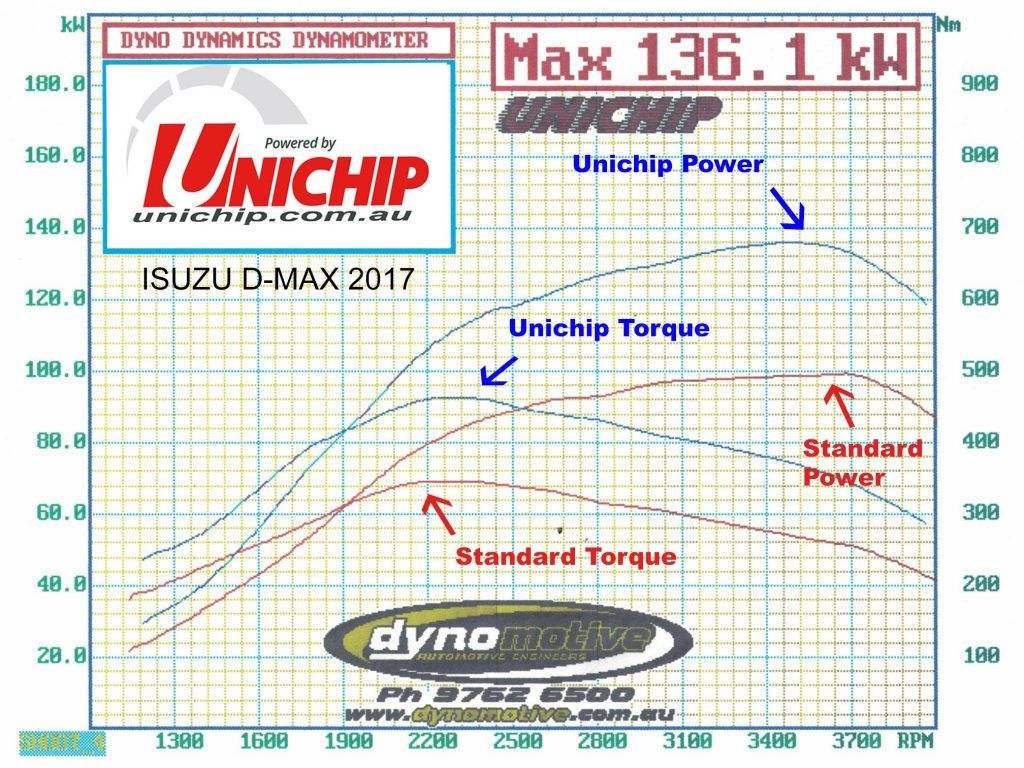 How does the Unichip work on your ISUZU DMax 3lt.

•Boost Control:  Unichip has complete 3D control over boost pressure across the entire operating range of the engine. This particular Ute was fitted with a turbo back exhaust prior to fitment of the Unichip. This allows the Unichip Trained technician to increase the boost pressure as required to a safe 15 – 16PSI . This helps in keeping the Air Fuel Ratios within a safe limit.

•Injector timing: This is a unique Unichip feature to have complete 3D control of injector timing.This means we can control the exact time they open to achieve optimised burn of fuel. This will result in lower exhaust gas temperatures and greater engine longevity.

•Fuel Rail Pressure: Unichip has full 3D control of Fuel Rail pressure, the simplest way to increase power on a turbo diesel. However there are rules to follow when increasing fuel rail pressure, these are taken into consideration from all of our trained Unichip Authorized agents.
• Injector Driver: This feature allows the Unichip to have full 3D control of the Diesel Injectors via the Unichip X4D driver for greater performance and flexibility.
• Throttle Booster: This feature enables the Unichip Uni-x ECU to achieve a faster throttle response and reduce turbo lag. Some people pay upward of $800 for a pedal booster kit. This is a standard feature in the Unichip Australia Plug & Play.
•Water temperature Protection: This is the “built in” safety feature of the new Unichip Uni-x ECU.We have the ability to monitor engine coolant temperature. This allows the Authorised Unichip agent to manipulate the tune on a sliding scale as the engine temperature rises. This means as the engine temperature rises the Unichip Uni-x ECU can remove fuel, boost and timing slowly and in a controlled fashion to maintain safe water temperatures under extreme conditions for greater engine longevity.