With Impressive torque improvements as well, increase in torque of 100nm at 2600rpm!

Standard: 420nm at the wheels.

With Impressive torque improvements as well, increase in torque of 100nm at 2600rpm!

Standard: 420nm at the wheels.

HOW DOES A UNICHIP WORK ON YOUR 2018 KIA STINGER?

As 99.99% of factory cars come tuned VERY RICH, it makes sense to lean the fuel mixtures back to a safe area that enables the car to make good power without wasting fuel. With the Unichip we can blend the fuel trims only were required to correct the mass production “errors” allowing the engine to run more efficiently and ultimately last longer, the extra power produced is just a bonus!!

What sensor’s do we have full control over?
– Both MAP sensors
– Both Lambda Sensors

AFR’s what do we modifiy?

Air fuel ratio is modified by direct control of the Lambda sensors.

Ignition timing what do we adjust?

Ignition timing changes are made through the crank signal.
Boost control how is this achieved?
The boost curve is adjusted via RPM, boost curve and adjustments are made through direct control of the MAP sensors only, we do not touch the electronic wastegates.
What will the standard ECU see?
The standard ECU only ever sees standard boost levels due to the voltage clamp in the Unichip.
Optional Platinum Feature:
Map Select : This option enables the 5 map capability of the Unichip Uni-x ECU. This means you can access the 5 maps which can be tailored to your requirements. EG, High octane Map, low octane map, Standard Map, Immobiliser Map or even a race fuel map. Speak to your Authorised Unichip agent to tailor 5 tunes to suit your application.
EXHAUST SYSTEM – LIVE tune with the Unichip.

Torque Results:
With Impressive torque improvements as well, increase in torque of 176nm at 3100rpm! 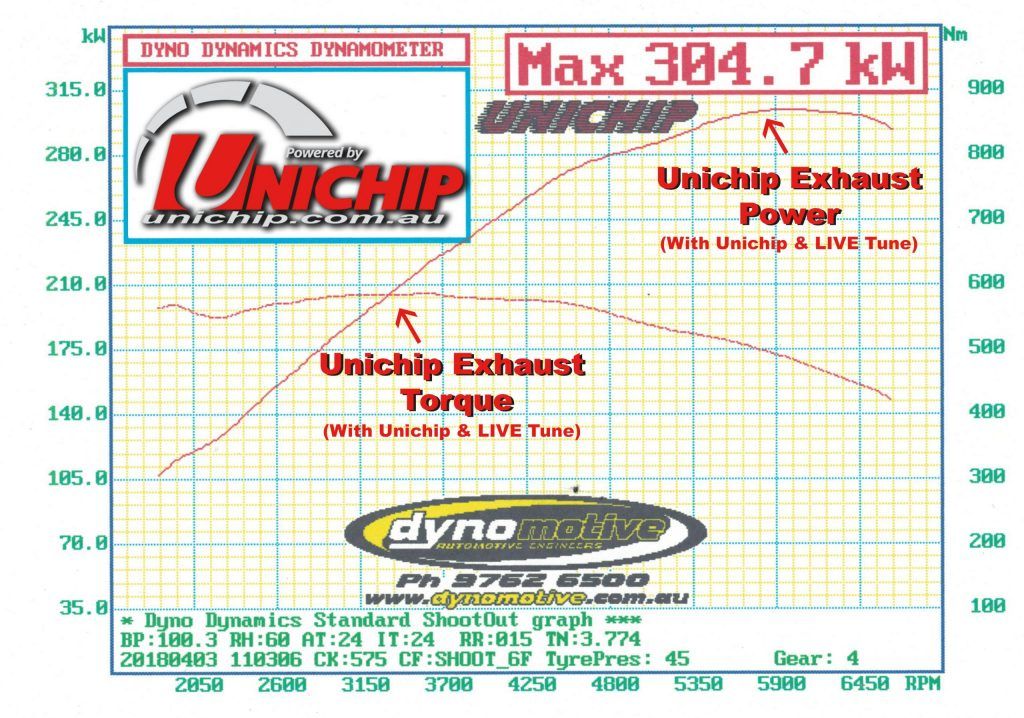 Quick video of a road-test, we will upload a full road-test video soon, so stay tuned. If you have any questions or topic you want us to touch on whilst driving the Stinger please don’t hesitate to email us at info@unichip.com.au

The All New Exhaust Out Now! 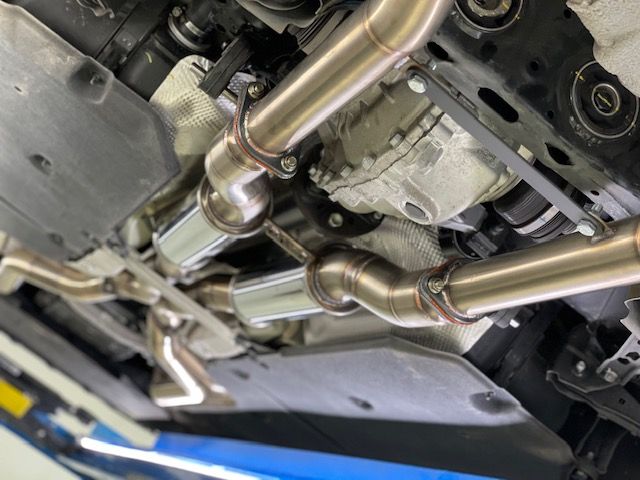