Nissan 370z fitted with a cat back exhaust system and a Unichip Uni-x ECU hardwire,

This achieved the following results.

How Does the Unichip Uni-x ECU work with your Nissan 370z?

Throttle Manipulation: Many new cars are “Drive by wire” meaning the throttle is now electronically controlled via the E.C.U. Not driven by a cable any more. With this control manufacturers are now controlling the amount of throttle opening and limiting throttle opening in some cases up to 75%!

Utilizing the power of the Unichip we open your throttle to 100% and also sharpen the response time! Giving you more power and torque and faster acceleration! 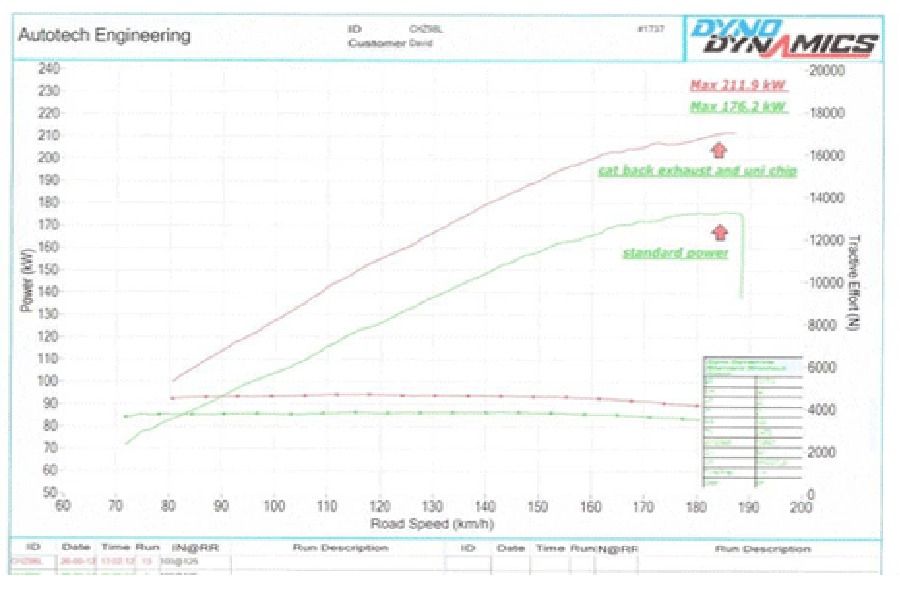 Please note, these results are based on a standard vehicle on a dyno dynamic chassis dyno in control conditions.