The Uni-X with the Unichip injector driver fitted to this LDV T60 increased the power by 38.5kw at the wheels, see the dyno power results below:

The “Mid Range” torque displayed on the graph below:

How does the Unichip work on you LDV?

Advantages of the Unichip Q4

• Water temp Protection: This is the “built in” safety feature of the new Unichip Q4 we have the ability to monitor engine temp via the coolant temperature sensor. This allows the Authorized Unichip agent to manipulate the tune on a sliding scale as the engine temperature rises. Meaning: As the engine temperature rises the Unichip Q4 will intercept a signal, removing the fuel, boost and timing, slowly and in a controlled fashion to ensure it maintains maximum power and torque output, without compromising the engine. 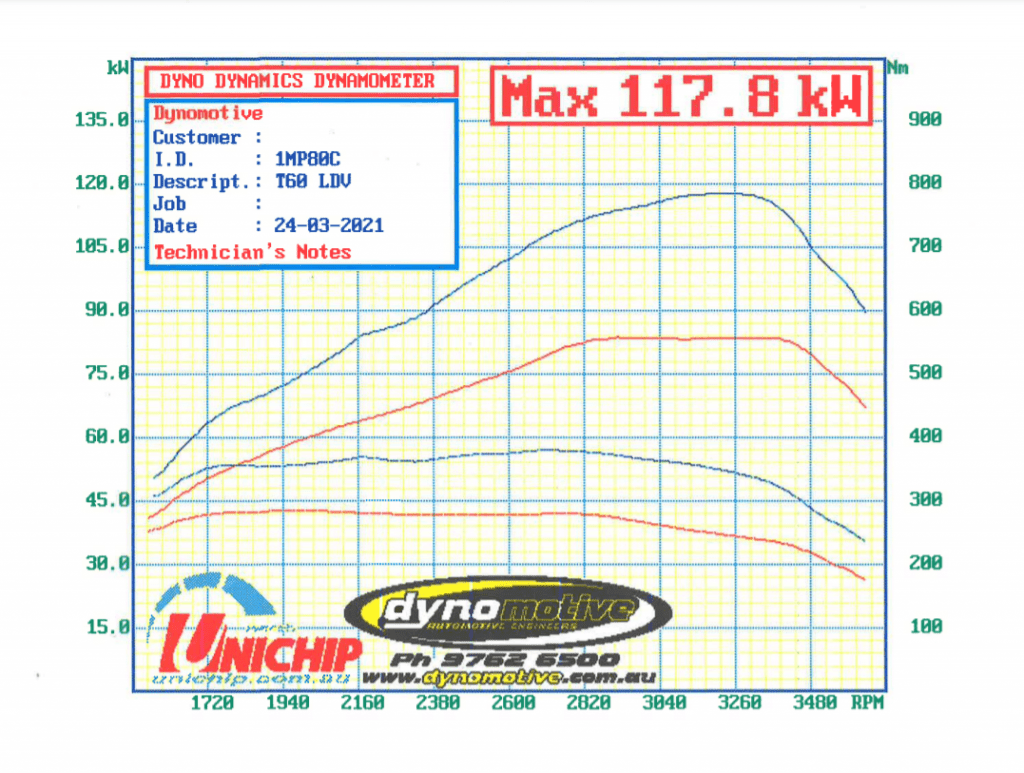