The VW Amarok Unichip, ONLY available at Unichip Authorised Agents!
The Unichip for VW Amarok V6 TDI!
THE MOST ADVANCED KIT YET, WITH REVISED INJECTOR PIEZO DRIVERS MAKING OVER 200AWKW!
This program has been written in Australia (here at Unichip HQ) to suit the late 2016 V6 Amarok, It has all the bells and whistles, with Updated Unichip PD6 (Injector drivers) to give you a smoother more controlled onset of torque delivery in the lower end of the rev range, this in itself nearly eliminates all turbo lag.

-Standard: 430nm at the wheels

How does the Unichip work on your VW Amarok V6.

• Injector Drivers: This feature allows the Unichip to have full 3D control of the Diesel Injectors via the Unichip I6P drivers for greater performance and flexibility

• Water Temp Protection: This is the “built in” safety feature of the Unichip Q we have the ability to monitor engine temp via the coolant temperature sensor. This allows the Authorised Unichip agent to manipulate the tune on a sliding scale as the engine temperature rises. Meaning: As the engine temperature rises the Unichip Q will intercept a signal, removing the fuel, boost and timing, slowly and in a controlled fashion to ensure it maintains maximum power and torque output, without compromising the engine.
• S.E.N.T Modual: The New Amarok uses sensors that send digital information instead of normal voltage signals. This type of sensor uses the “SENT” format for signal communication. It stands for “Single Edge Nibble Transmission” (A “Nibble” is 4 bytes of data). 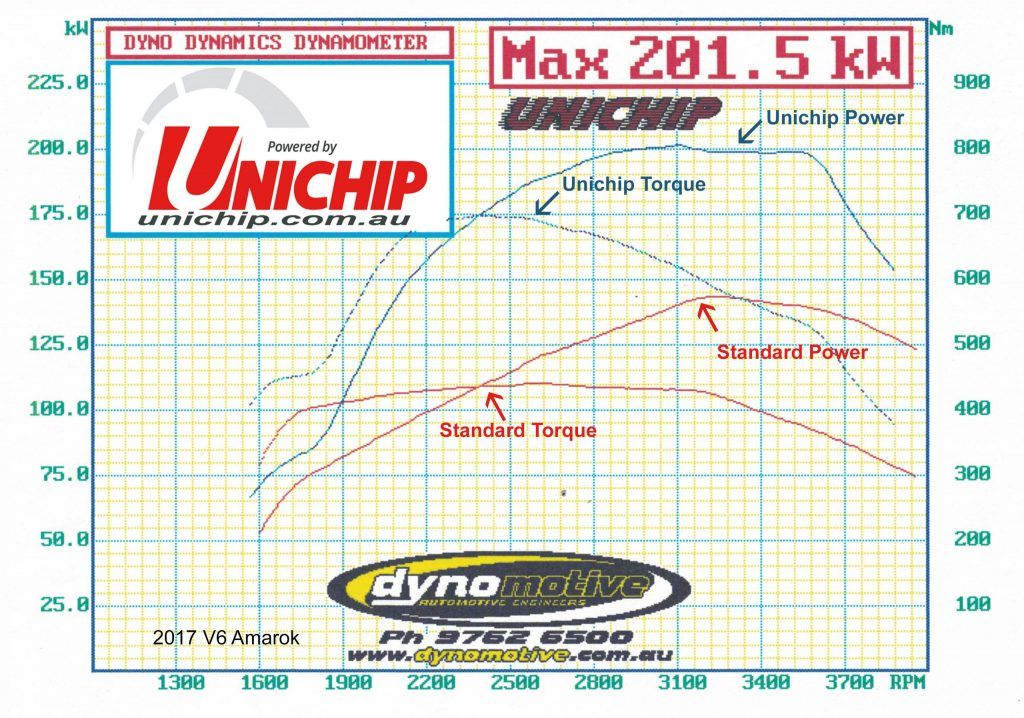