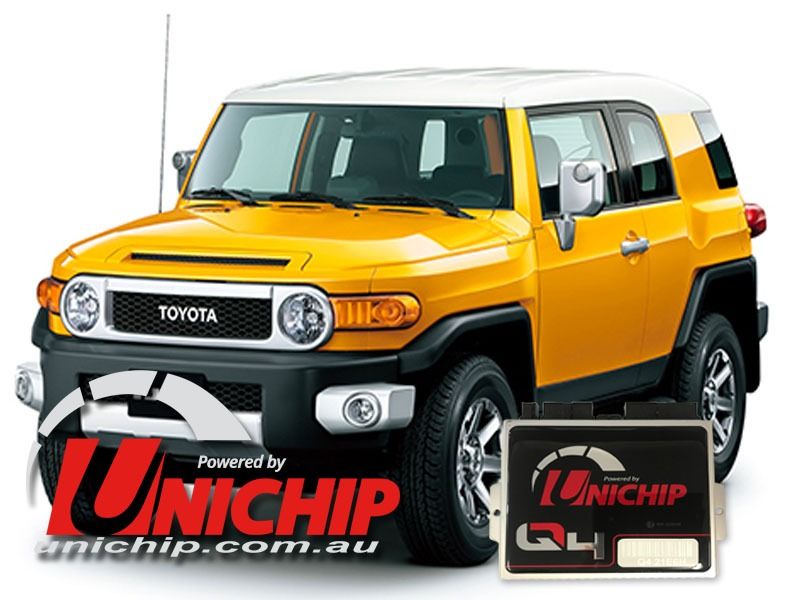 After fitting and tuning a Hardwire Unichip Q4 and an optional map select switch, this is now making a peak power of 164.6 kw
at the wheels!

How does the Unichip work with your FJ Cruiser:

Fuel Control: As 99.99% of factory cars come tuned VERY RICH, it makes sense to lean the fuel mixtures back to a safe area that enables the car to make good power without wasting fuel. With the Unichip we can blend the fuel trims only were required to correct the mass production “errors” allowing the engine to run more efficiently and ultimately last longer, the extra power produced is just a bonus!!
Ignition Timing Control: As with fuel control factory cars come with the ignition timing a long way away from ideal. With the Unichip we can optimise the ignition timing across the entire rev range, with Unichip “LIVE” timing and fuel adjustments are possible, this is the only true way of determining the best possible timing and fuel setting at each load site. Ultimately this will give the car more power, more torque and greater fuel economy. If the owner chooses to run premium unleaded fuel we can set the tune to take full advantage of the higher quality fuel.
• Throttle Booster: This feature enables the Unichip Q4 to achieve a faster throttle response and reduce turbo lag. Some people pay upward of $800 for a pedal booster kit. This is a standard feature in the Unichip Australia Plug & Play.

Map Select : This option enables the 5 map capability of the Unichip Q4. This means you can access the 5 maps which can be tailored to your requirements. EG, High octane Map, low octane map, Standard Map, Immobiliser Map or even a race fuel map. Speak to your Authorized Unichip agent to tailor 5 tunes to suit your application. 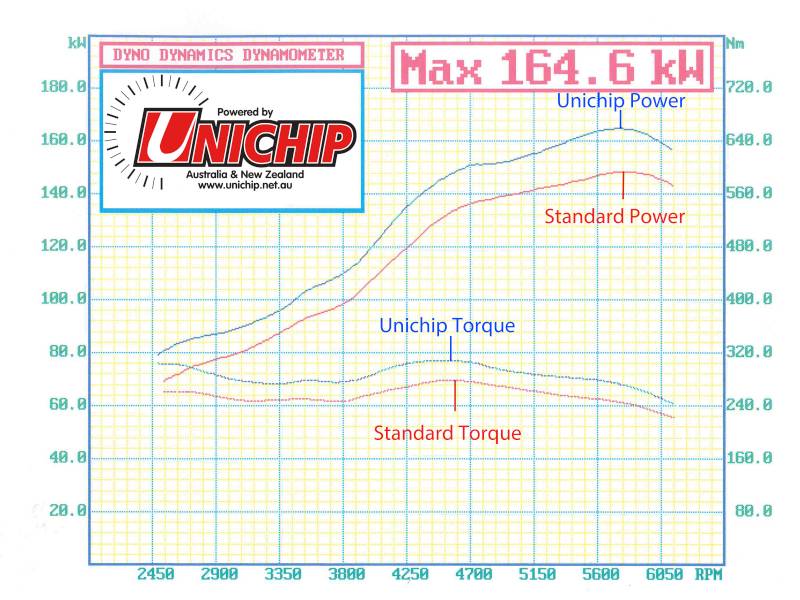