Our newly developed C63S generation 3 kit comprises the Uni-X ECU  and a complete plug and play harness. With so any things going on with the AMG twin turbo engine we needed 2 Q4’s to keep full control, we have 3D boost control, dual throttle control, full 3 D fuel control as well as control over all the engine tune parameters.

The C63S is considered by many to be the “Benchmark” for luxury High performance cars, with true supercar performance packaged up as a coupe, sedan or even the Estate (Station Wagon). Most owners love the stock power, but so many have asked for even more!!

Our kit takes the AMG performance flagship to another level with a staggering 260 NM more torque and 60 KW more power at the wheels, but what is really impressive is the 328 RWKW@3600rpm this is 8rwkw more than the stock car makes at 6200rpm!!! and nearly 400NM more torque at 3200rpm.

Improving the factory 0-100kmph by dropping it to 3.6 seconds *When run in controlled conditions with full traction.

Map Select : This option enables the 5 map capability of the Unichip Q4. This means you can access the 5 maps which can be tailored to your requirements. EG, High octane Map, low octane map, Standard Map, Immobiliser Map or even a race fuel map. Speak to your Authorised Unichip agent to tailor 5 tunes to suit your application.

*All prices are plus fitting and tuning. 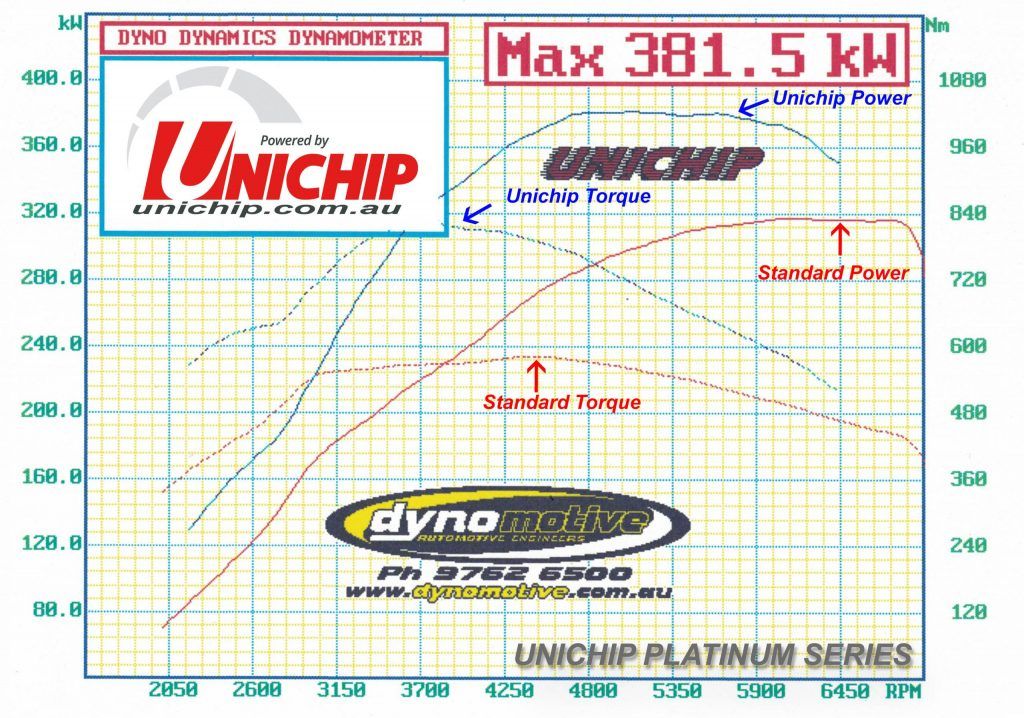