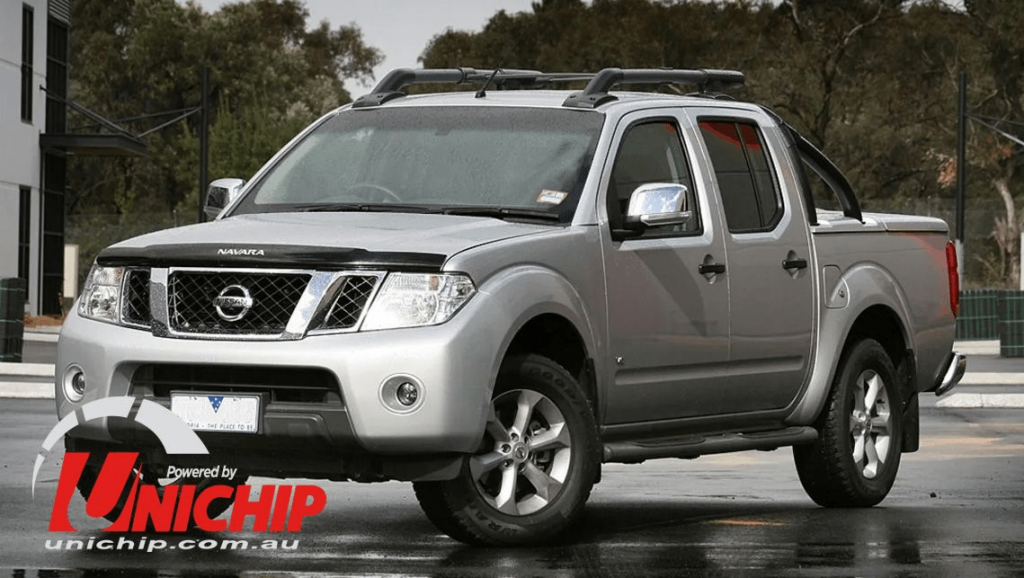 The Unichip version Uni-x ECU fitted to this D40 Navara V6 T/D increased the power by 20.2kw at the wheels, see the dyno power results below:

How does the Unichip work on your Nissan 3.0LT  V6TD?
• Boost Control:  Unichip has complete 3D control over boost pressure across the entire operating range of the engine. This allows the Unichip Trained technician to increase the boost pressure as required. This helps in keeping the Air Fuel Ratios within a safe limit.

Optional Extras
• Map Select: This option enables the 5 map capability of the Unichip Uni-x ECU. This means you can access the 5 maps which can be tailored to your requirements. EG, High Power Map, Towing Map, Standard Map, Immobiliser Map or Even a High Boost or Low Boost Map. Speak to your Authorized Unichip agent to tailor 5 tunes to suit your application.

• EGT protection: This is the “add on” safety feature of the new Unichip Uni-x ECU we have the ability to monitor engine exhaust temp via the Unichip EGT sensor. This allows the Authorized Unichip agent to manipulate the tune on a sliding scale as the Exhaust temperature rises. Meaning: As the exhaust temperature rises the Unichip Uni-x ECU will intercept a signal, removing the fuel, boost and timing, slowly and in a controlled fashion to ensure it maintains maximum power and torque output, without compromising the engine.
Plug and Play pricing does not include fitting and tuning. 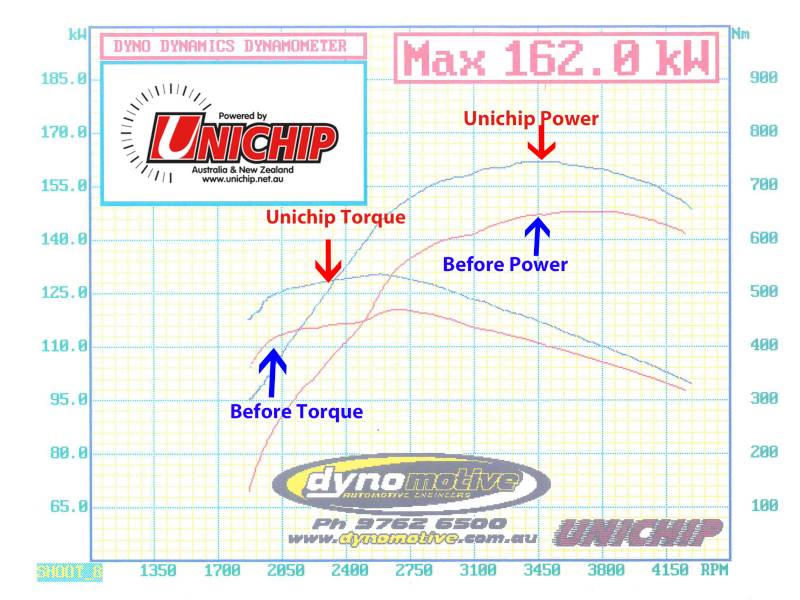