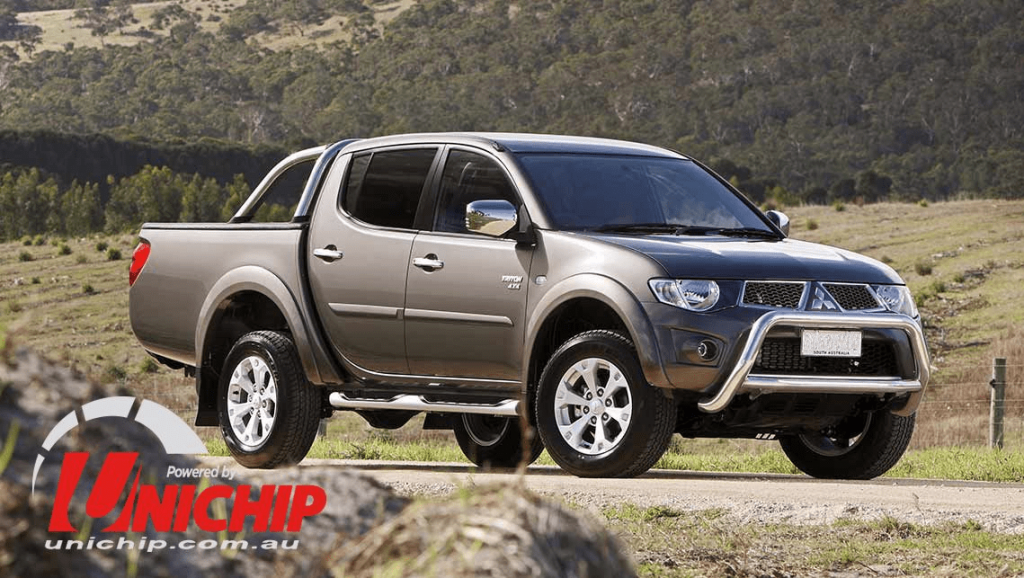 How does the Unichip work on your Mitsubishi Triton Manual 2.5lt?

• Fuel Rail Pressure: Unichip has full 3D control of Fuel Rail pressure, the simplest way to increase power on a turbo diesel. However there are rules to follow when increasing fuel rail pressure, these are taken into consideration from all of our trained Unichip Authorised agents.
• Injector Drivers: This feature allows the Unichip to have full 3D control of the Diesel Injectors via the Unichip X4 driver for greater performance and flexibility.

• Throttle Booster: This feature enables the Unichip Uni-x ECU to achieve a faster throttle response and reduce turbo lag. Some people pay upward of $800 for a pedal and booster kit. This is a standard feature in the Unichip Australia Plug & Play.
• Water temp Protection: This is the “built in” safety feature of the Unichip Q+ we have the ability to monitor engine temp via the coolant temperature sensor. This allows the Authorised Unichip agent to manipulate the tune on a sliding scale as the engine temperature rises. Meaning: As the engine temperature rises the Unichip Q+ will intercept a signal, removing the fuel, boost and timing, slowly and in a controlled fashion to ensure it maintains maximum power and torque output, without compromising the engine.

Optional Extras
• Map Select : This option enables the 5 map capability of the Unichip Uni-x ECU. This means you can access the 5 maps which can be tailored to your requirements. EG, High Power Map, Towing Map, Standard Map, Immobiliser Map or Even a High Boost or Low Boost Map. Speak to your Authorised Unichip agent to tailor 5 tunes to suit your application.


• EGT protection: This is the “add on” safety feature of the Unichip Uni-x ECU we have the ability to monitor engine exhaust temp via the Unichip EGT sensor. This allows the Authorized Unichip agent to manipulate the tune on a sliding scale as the Exhaust temperature rises. Meaning: As the exhaust temperature rises the Unichip Uni-x ECU will intercept a signal, removing the fuel, boost and timing, slowly and in a controlled fashion to ensure it maintains maximum power and torque output, without compromising the engine.rk on your Mitsubushi Triton 2.5lt?
Plug and Play pricing does not include fitting and tuning. 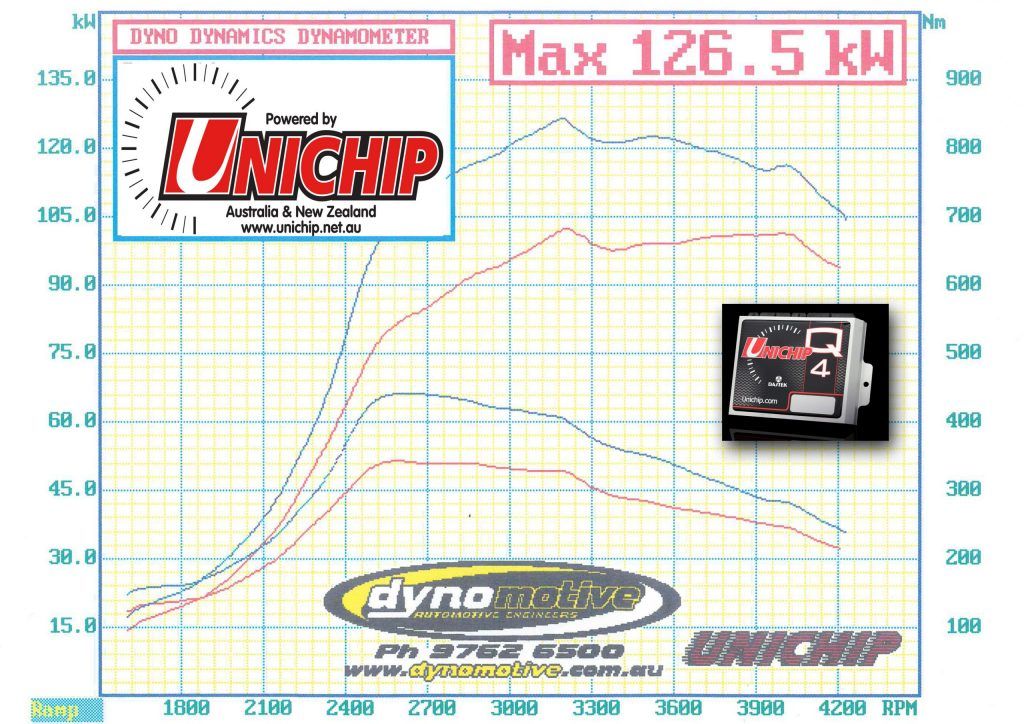