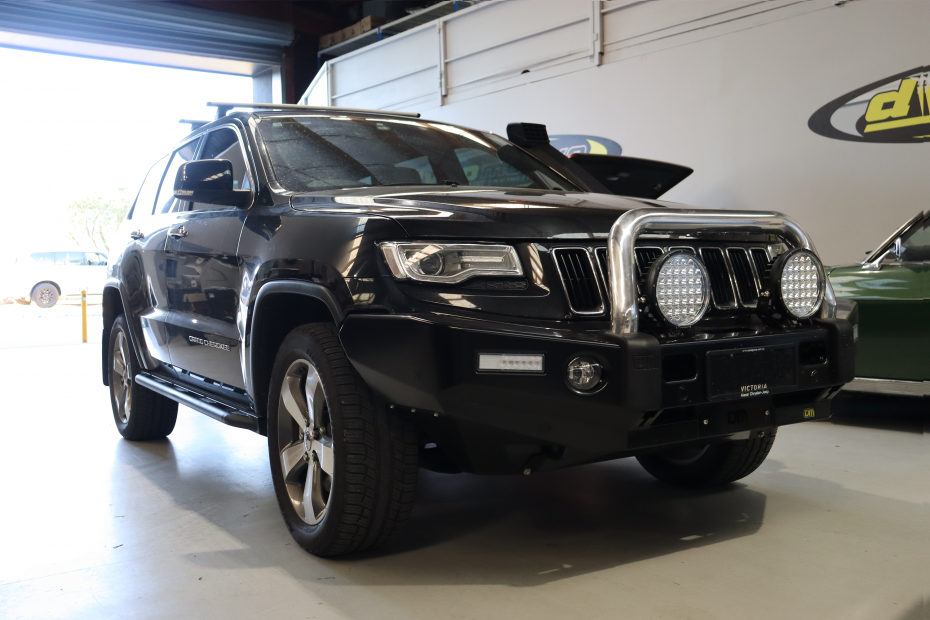 2012 Jeep Grand Cherokee Laredo this 3lt Turbo diesel jeep had one of the most
impressive gains in bottom end torque in the history of the Unichip product in Australia.

From the standard torque of 210nm at the wheels
To an amazing 495nm of torque at the wheels!
That’s well over a 135% increase!

The power increase was equally impressive with a 150 % increase in low down power with a
very distinctive liner power curve giving a top end increase of 17rwkw.

Resulting in smoother driving, next to no “turbo lag”, better towing, better fuel economy
and most importantly better for the environment.

How does the Unichip work on your 3lt Turbo Diesel Jeep ?

• Map Select: This option enables the 5 map capability of the Unichip Q. This means you can access the 5 maps which can be tailored to your requirements. EG, High Power Map, Towing Map, Standard Map, Immobiliser Map or Even a High Boost or Low Boost Map. Speak to your Authorized Unichip agent to tailor 5 tunes to suit your application.

• EGT protection: This is the “add on” safety feature of the Unichip Q we have the ability to monitor engine exhaust temp via the Unichip EGT sensor. This allows the Authorised Unichip agent to manipulate the tune on a sliding scale as the Exhaust temperature rises. Meaning: As the exhaust temperature rises the Unichip Q will intercept a signal, removing the fuel, boost and timing, slowly and in a controlled fashion to ensure it maintains maximum power and torque output, without compromising the engine. 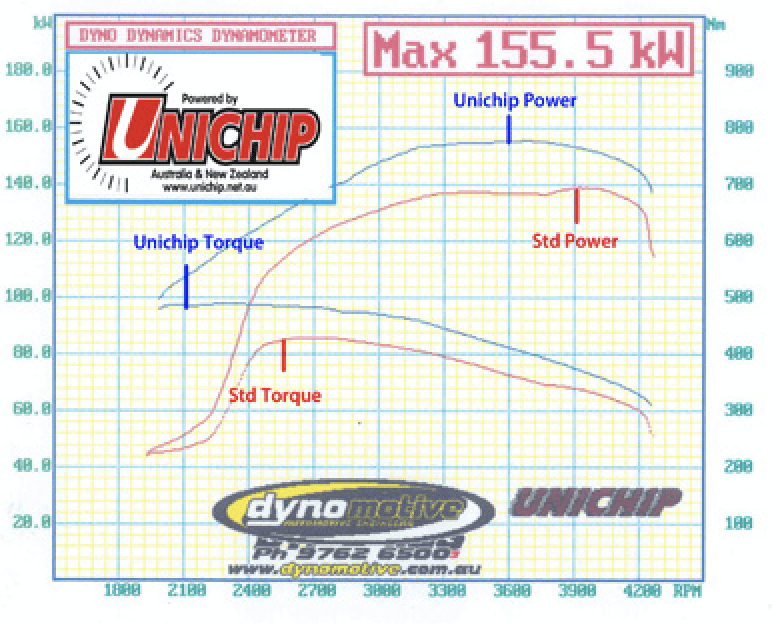