The Unichip version Q4 fitted to this Ford Ranger Automatic.

How can the Unichip work on your Ford Ranger Turbo Diesel.

• EGT protection: This is the “add on” safety feature of the new Unichip Q4 we have the ability to monitor engine exhaust temp via the Unichip EGT sensor. This allows the Authorized Unichip agent to manipulate the tune on a sliding scale as the Exhaust temperature rises. Meaning: As the exhaust temperature rises the Unichip Q4 will intercept a signal, removing the fuel, boost and timing, slowly and in a controlled fashion to ensure it maintains maximum power and torque output, without compromising the engine.can 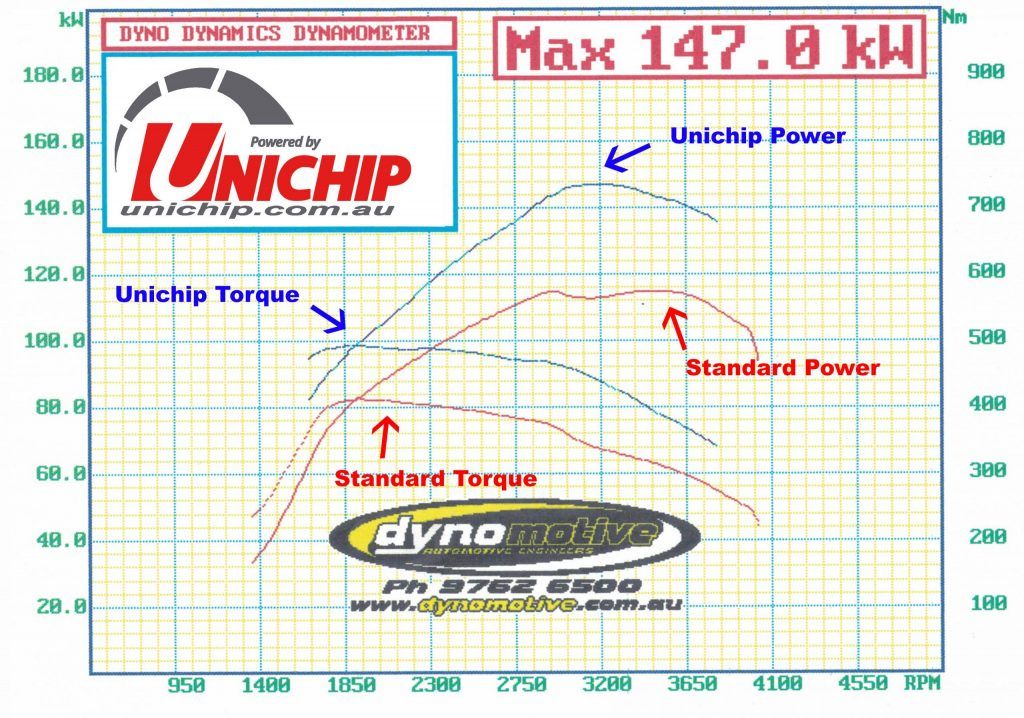