How does the Unichip work on your PRADO D4D with Unichip D4D Injector Control series ?

• Map Select : This option enables the 5 map capability of the Unichip Q4. This means you can access the 5 maps which can be tailored to your requirements. EG, High Power Map, Towing Map, Standard Map, Immobiliser Map or Even a High Boost or Low Boost Map. Speak to your Authorised Unichip agent to tailor 5 tunes to suit your application.

• EGT protection: This is the “add on” safety feature of the new Unichip Q4 we have the ability to monitor engine exhaust temp via the Unichip EGT sensor. This allows the Authorised Unichip agent to manipulate the tune on a sliding scale as the Exhaust temperature rises. Meaning: As the exhaust temperature rises the Unichip Q4 will intercept a signal, removing the fuel, boost and timing, slowly and in a controlled fashion to ensure it maintains maximum power and torque output, without compromising the engine 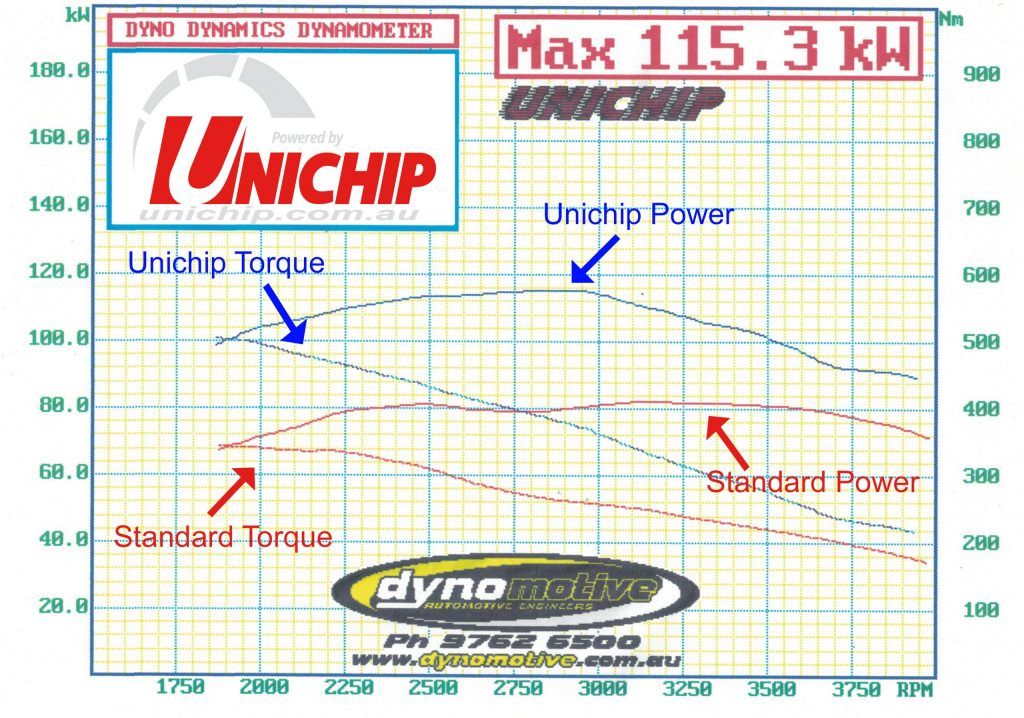