After more than 6 months of R&D, Utilising the combined power of the new Unichip Q4 and the Unichip Injector driver, we have finally released the Unichip
HWHOL.04 to suit the 2014-Pre DPF Holden Colorado 2.8lt.

How does the Unichip work on your Holden Colorado 2.8lt.

• Injector Driver: This feature allows the Unichip to have full 3D control of the Diesel Injectors via the Unichip I6P driver for greater performance and flexibility.

• Throttle Booster: This feature enables the Unichip Q4 to achieve a faster throttle response and reduce turbo lag. Some people pay upward of $800 for a pedal and booster kit. This is a standard feature in the Unichip Australia Plug & Play.

• EGT protection: This is the “add on” safety feature of the new Unichip Q4 we have the ability to monitor engine exhaust temp via the Unichip EGT sensor. This allows the Authorised Unichip agent to manipulate the tune on a sliding scale as the Exhaust temperature rises. Meaning: As the exhaust temperature rises the Unichip Q4 will intercept a signal, removing the fuel, boost and timing, slowly and in a controlled fashion to ensure it maintains maximum power and torque output, without compromising the engine. 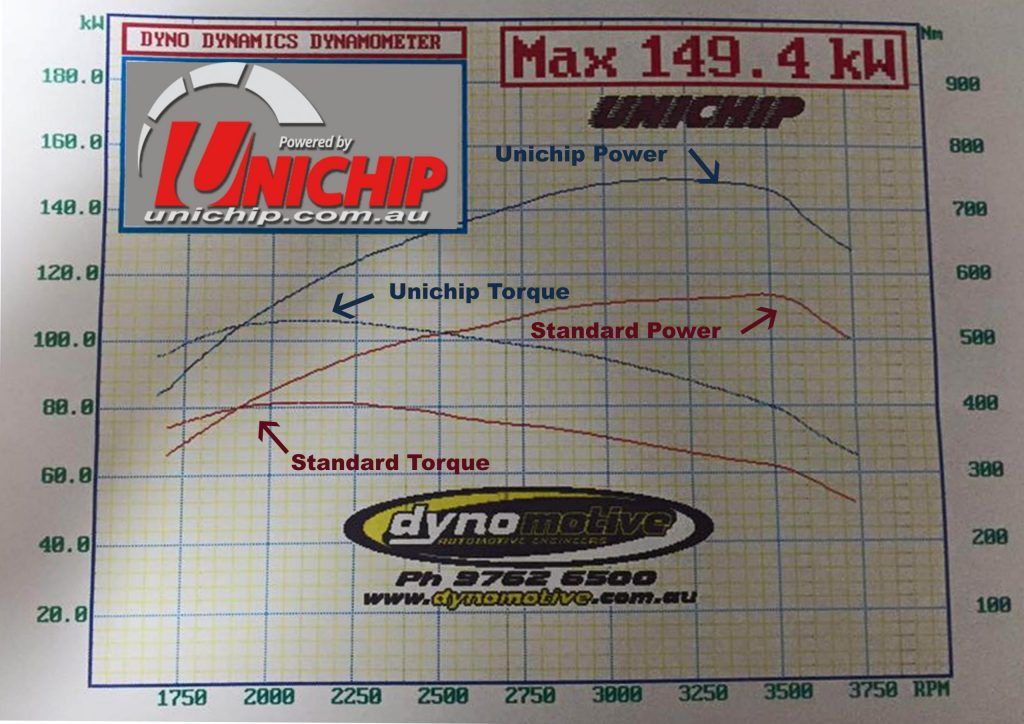