The Unichip Plug and Play for VW Amarok Automatic!

•To 420nm at the wheels Plug & Play Unichip,
ONLY available at Unichip Authorised Agents!

How does the Unichip work on your VW Amarok.

• EGT protection: This is the “add on” safety feature of the  Unichip Uni-x ECU we have the ability to monitor engine exhaust temp via the Unichip EGT sensor. This allows the Authorized Unichip agent to manipulate the tune on a sliding scale as the Exhaust temperature rises. Meaning: As the exhaust temperature rises the Unichip Uni-x ECU will intercept a signal, removing the fuel, boost and timing, slowly and in a controlled fashion to ensure it maintains maximum power and torque output, without compromising the engine. 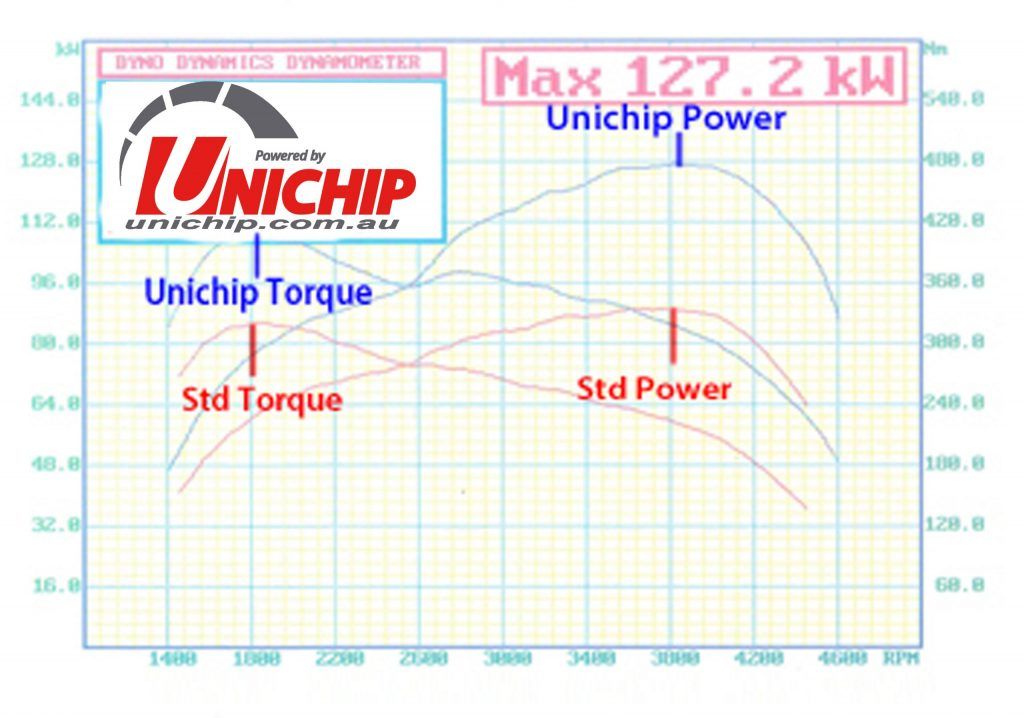